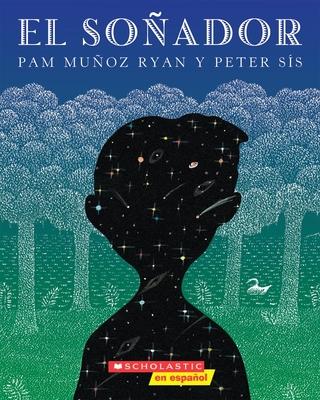 The lush artistry of the written word is on full-display for
young readers in this book. Munoz Ryan masterfully captures the heart
and spirit of a young boy who, although destined for greatness, is
deemed a slacker and a do-nothing by his overbearing father.

As with any great work of art, mastery lies beyond technical
expertise and exposes an inner-truth. It is here that The Dreamer
soars. The lyrical prose has amazing depth and is
rich with empathy and compassion for our young protagonist. As a
(somewhat) overbearing father of “a dreamer” myself, I found this novel
profoundly personal and compelling.

Pam Munoz Ryan, a Bakersfield native, has become
an international icon of children’s literature for her novels and picture books. With over 20 awards and honors,
including the Latino Book Award earlier this summer, The Dreamer is the latest in her widely-acclaimed canon of work.

“The inner life of a young boy growing up in Chile, confined to bed with illness and bullied by his father, is beautifully illuminated by the words of Ryan and the illustrations of Sis. We are not surprised to learn that Neftali, observant of every detail in the natural world, treasuring the words he hears and reads, and sympathetic to the plight of the native people, grows up to become the beloved poet Pablo Neruda.”
— Ellen Sandmeyer, Sandmeyer's Bookstore, Chicago, IL

Pam Muñoz Ryan is the recipient of the Newbery Honor Medal and the Kirkus Prize for her New York Times bestselling novel, Echo, as well as the NEA's Human and Civil Rights Award and the Virginia Hamilton Literary Award for multicultural literature for her body of work. Her celebrated novels, Echo, Esperanza Rising, The Dreamer, Riding Freedom, Becoming Naomi Léon, and Paint the Wind, have received countless accolades, among them two Pura Belpré Awards, a NAPPA Gold Award, a Jane Addams Children's Book Award, and two Américas Awards. Her acclaimed picture books include Amelia and Eleanor Go for a Ride and When Marian Sang, both illustrated by Brian Selznick, and Tony Baloney, illustrated by Edwin Fotheringham, as well as a beginning reader series featuring Tony Baloney. Ryan lives near San Diego, California, with her family.
Peter Sís is a Hans Christian Andersen Award winner, three-time Caldecott Honoree, Sibert Award winner, and MacArthur Fellow. His celebrated picture books include Ice Cream Summer, Starry Messenger: Galileo Galilei, Tibet Through the Red Box, and The Wall: Growing Up Behind the Iron Curtain.He also creates fine art that can be seen in galleries, museums, and public spaces all over the world. Learn more at petersis.com.