Against the Storm (Raines of Wind Canyon #4) (Mass Market Paperbound) 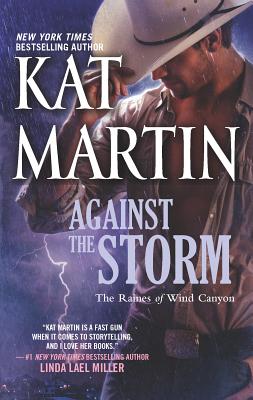 This is book number 4 in the Raines of Wind Canyon series.

Redheads like Maggie O'Connell are nothing but trouble. But Trace Rawlins, a former army ranger turned private investigator, takes the case anyway. After all, he knows a thing or two about women. Trace can sense that something is wrong--Maggie isn't telling him everything. If these menacing calls and messages are real, why won't the police help her? And if they aren't real, what is she hiding? As Trace digs deeper to find the source of Maggie's threats, he discovers a secret that no one was meant to uncover. And the only puzzle left to be solved is whether the danger comes from an unknown stalker...or from the woman he's trying his hardest not to fall for.