Against the Night (Raines of Wind Canyon #5) (Mass Market Paperbound) 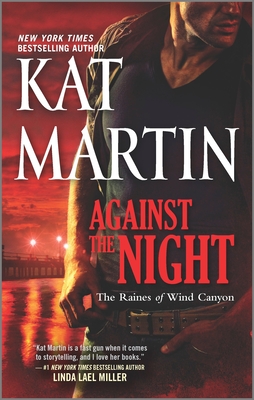 This is book number 5 in the Raines of Wind Canyon series.

She's got the face of an angel and the body of...well, isn't that what he'd expect from an exotic dancer? But there's something about this girl that Johnnie Riggs can't shake. The former army ranger is hot on the trail of an elusive drug lord--and suddenly very hot under the collar, as well. Amy's got her own agenda to pursue: her sister is missing and Amy seems to be the only one who cares. She'll enlist Johnnie's help and do her best to ignore her growing attraction to finally get some answers. But when the two trails begin to converge and reveal something even more sinister than they imagined, their mutual desire is the least of their problems. They'll bring the truth to light...or die trying.