Against the Edge (Raines of Wind Canyon #8) (Mass Market Paperbound) 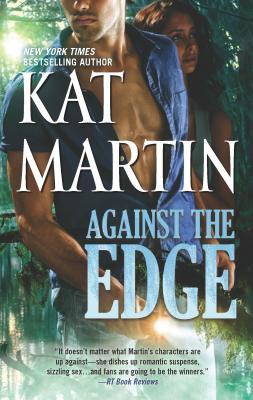 This is book number 8 in the Raines of Wind Canyon series.

A child he's never met. A danger he's never known. That he's a father is news former navy SEAL Ben Slocum was not expecting. But once the initial shock wears off for the confirmed bachelor, he takes in the rest of what social worker Claire Chastain tells him: that his son is missing, abducted by a man who wants revenge against Claire and Sam's dead mother. And that Ben is now the child's only hope. As Ben and Claire band together to track the two down, their concern for Sam draws them closer, each fighting feelings there's no time to explore. Because when their search takes them too close to Sam's abductor and his cohorts, the danger hits home--the son he's desperate to save, the woman he's desperate to love.... Ben's got one chance to take back what's his, and in one gunshot he could lose it all.

"This is definitely a page-turner full of compassion and love shared by two unlikely souls. This is a 'don't miss' read.... Kat Martin is a very gifted writer who takes you from the beginning to the end in total suspense." -Fresh Fiction

"After reading the first book about the Raine brothers, I knew Kat Martin would have to do something pretty amazing to make her second book as much of a joy to read. As soon as I opened the book, I realized that she has succeeded.... I simply loved this book. I didn't want to put it down." -Suspense Romance Writers

"4 ½ quills! Ms. Martin has struck the motherload.... Against the Law is by far the most powerfully intense romantic suspense with its charismatic characters, [and] a story line that defies gravity." -Romantic Crush Junkies

"Against the Night is not like anything else I've read.... I love a good suspense story, and this one packs one heck of a wallop." -Long and Short Reviews

"[Martin] dishes up romantic suspense, sizzling sex and international intrigue in healthy doses, and fans are going to be the winners. Readers better set aside a block of time to finish this unputdownable tale of adventure and romance." -RT Book Reviews, Top Pick!