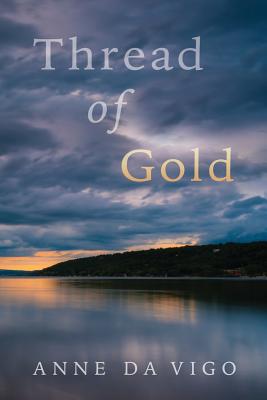 During the tumultuous months surrounding World War I, a fortune in gold was rumored to be buried somewhere in the steep hills bordering New York's Finger Lakes.

The tale wreaks havoc on the lives of three generations of women. For love-struck teenager Abby Macpherson, the gold is the link between her and her handsome neighbor. For Abby's daughter, Alice, it's the catalyst that drives her from upstate New York to the West Coast, empty and searching.

San Francisco crime reporter Cora Brooks knows nothing about the gold until her publisher sends her to the Finger Lakes to investigate the mysterious circumstances surrounding a friend's death. Was it murder?

She goes unwillingly. Cora wants nothing to do with the birthplace of her mother, who disappeared when Cora was six.

Cora's investigation immediately runs into animosity from the dead man's wife and resistance from law enforcement. Flashbacks of the night her mother disappeared begin to haunt her. As she delves more deeply into the story, it becomes increasingly entwined with the gold and the convoluted history of her own family. She plunges forward, determined to learn the truth, risking her sanity and even her life.