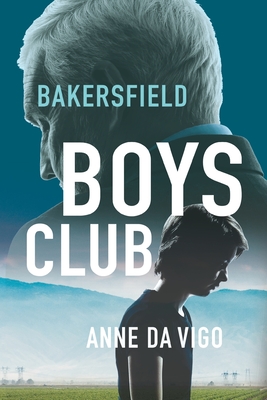 It's 1978 in Bakersfield, California. Suzanne Ricci, a widow who escaped a rough-and-tumble childhood in the oil fields, is struggling to raise her fourteen-year-old son, Danny. When she discovers the stabbed and beaten body of her neighbor, Reggie, she conceals evidence Danny attended the all-male party where Reggie died. More murders occur, and as the police investigation widens, Danny becomes trapped in the coils of The Club, a group of powerful men who abuse vulnerable teens. Suzanne launches a fight against entrenched power that puts everything at risk--her home, job, and new love--to save her son's life.

Bakersfield Boys Club was loosely inspired by the Lords of Bakersfield cases, a series of murders that began in the 1970s and ended with the stabbing of Kern County's assistant district attorney. As a court and crime beat reporter, the author covered the trial in the first of the Lords murders.