The Bakersfield Sound: How a Generation of Displaced Okies Revolutionized American Music (Paperback) 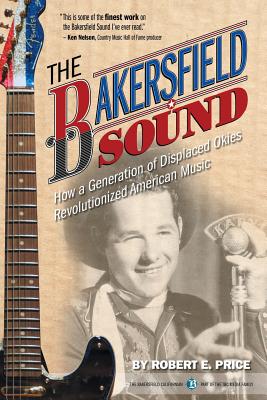 The aesthetic known as the Bakersfield Sound transformed country music, its hard edge a stark contrast to Nashville's stringed orchestras. It turned displaced Okies like Buck Owens and Merle Haggard into household names, and in the process created a widely felt influence on style, instrumentation, and attitude in American Music.

Even so, a half century after its emergence, the Bakersfield Sound's significance is underappreciated except among hardcore fans and music historians. Few recognize how this California country music not ony countered a Nashville hit-seeking machine that had gone adrift, but also portended acultural shift that touched mainstream America.

"Price proves to be not just a fine researcher, but also a fine writer."  - Randy Poe, bestselling author and music producer

"This is some of the finest work on the Bakersfield Sound I've ever read."  - Ken Nelson, Country Music Hall of Fame producer

END_OF_DOCUMENT_TOKEN_TO_BE_REPLACED
Russo's has proudly supported these community book-related organizations for 2+ decades:
One Book One Bakersfield One Kern     Kern Literacy Council     Writers of Kern     Kern Reading Association
THIS YEAR'S 1B1B1K EVENTS FLYER
We value your business and we welcome your comments.  You may reach the Russo family and our staff at 661-665-4686.
Copyright ©2020 Russo's Books