To Know A Fly (Paperback) 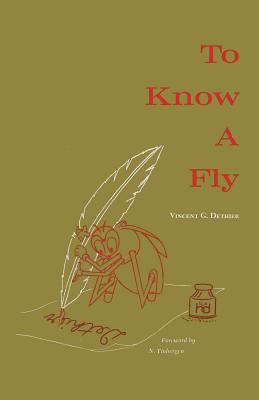 By Vincent Gaston Dethier, Nikolaas Tinbergen (Foreword by), Bill Clark (Illustrator)
Potentially Unavailable: Email or call Russo's for price and availability
Special Order -- Russo's will research title and do our best to get it for you

In what appears at first to be a children's cartoon book, this book reveals itself to be an advanced Zoology textbook for university study.

Vincent Gaston Dethier (20 February 1915 - 8 September 1993) was an American physiologist and entomologist. Considered a leading expert in his field, he was a pioneer in the study of insect-plant interactions and wrote over 170 academic papers and 15 science books. From 1975 until his death, he was the Gilbert L. Woodside Professor of Zoology at the University of Massachusetts Amherst where he was the founding director of its Neuroscience and Behavior Program and chaired the Chancellor's Commission on Civility. Dethier also wrote natural history books for non-specialists, as well as short stories, essays and children's books.

In his 1989 autobiographical essay "Curiosity, Milieu and Era", Dethier attributed his interest in insects, which would become a central aspect of his research career, to a childhood encounter with a butterfly in a neighborhood park known as "the oval"