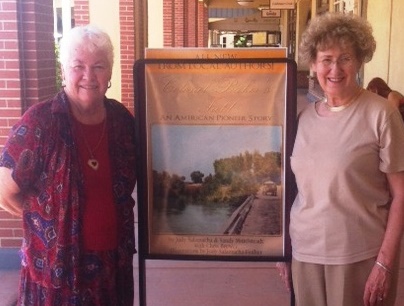 Judy Salamacha, a native of Bakersfield, taught English at the Kern High School District before she was recruited for top public relations positions at KGET-TV 17 and Castle & Cooke Inc. Both companies encouraged her focus of Colonel Thomas Baker in the award winning advertising campaign, "Developing Colonel Baker's Dreams" and her collaboration directing the All-America City video featuring Colonel Baker's can-do ethic and legacy. Salamacha is currently a columnist for the San Luis Obispo Tribune and Director of the Central Coast Writers' Conference at Cuesta College.

Also a former teacher with the Kern High School District, Sandy Mittelsteadt is president of her own company, Zayn Consulting, which specializes in connecting businesses to education. Before developing her company, Sandy was the Executive Director of the National Career Academy Coalition.  She is also the co-author of The Career Academy Toolkit and Sticky Learning.

Proud to be trusted by Colonel Baker's great-great grandson, Chris Brewer, to write Colonel Baker's biography, the women along with the illustrator, Jody Salamacha-Hollier, are available to present Colonel Baker's Field: an American Pioneer Story to community organizations.